Saturday
9.00 am – 2.00 pm
(Appointments are available by special arrangement in advance)

In the Greek language the word “periodontology” (from Greek περί peri “around”; and ὀδούς odous “tooth”) means a science that studies everything that surrounds the teeth. A periodontist, a dentist specialising in this area of dentistry, is an expert in diagnosing and treating diseases related to the gums (the oral mucosa covering the bone), the periodontal ligament (a tissue that connects the hard surface of the tooth to the bone that surrounds) or the alveolar bone.

If our teeth are not brushed properly or regularly, a soft sticky substance called plaque starts to accumulate on the tooth surface and in the gingival sulcus (the natural space between the tooth and the gums surrounding the tooth) where bacteria thrive. If plaque is not removed in time, the gums become red and swollen and start bleeding. These are the first symptoms of the mildest form of gum disease called gingivitis.  Later some minerals in the saliva turn plaque into a hard substance called calculus (also known as tartar). Calculus may build up not only above the gums, but under the gum line as well. This in turn leads to the disruption of the bloodstream in the gums and the destruction of the periodontal ligament. The gums separate from the teeth and a gap called the periodontal pocket appears between them. With time, the inflammation spreads, affecting not only the gums but leading to the destruction of the supporting bone around the tooth too. Untreated gingivitis develops into periodontitis, the most advanced stage of periodontal disease. 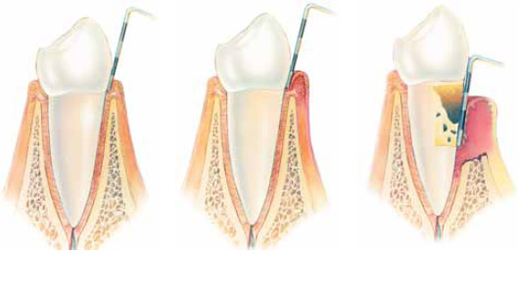 People suffering from diabetes often develop periodontal disease as well.  In such cases the first symptoms of gum inflammation manifest themselves quite early.  Diabetes weakens the immune system, so even the smallest irritant (e.g., food particles in your mouth which stay there for a longer time) may make your oral immune system react more aggressively and, consequently, the inflammation of the gums and bone develops more rapidly. Some other factors such as genetic predisposition, smoking or stress may contribute to this condition too.

How does plaque form?

Dental plaque usually appears when people either do not clean their teeth at all or forget to clean them regularly (in the morning and before going to bed) or do not know how to do that properly. They may also use poor quality toothbrushes or toothpaste, which are not as effective as they might think. Chewing food with only one side of the jaw (left or right) or a malocclusion may also cause calculus to appear.

Factors contributing to the appearance of plaque:

The composition of calculus vary, but in any case it cannot be removed by an ordinary toothbrush or toothpaste at home; therefore a professional oral hygiene procedure must be performed.

What are the symptoms of periodontal disease?

The main symptom indicating that you may have inflammation is bleeding gums. In the beginning it can only be noticed while brushing your teeth, later on you will observe bleeding while eating too. With the gingivitis progressing, your gums will start bleeding without any reason and the tooth roots will become exposed as the gums will start receding.

You should become alert if have you noticed any changes in your gums (e.g., they have become swollen or sensitive/painful). You should not wait until the inflammation reaches the bone surrounding the teeth, when pus appears from the gingiva causing bad breath that will not go away.

If you notice any symptoms of periodontal disease or have some doubts regarding your oral health, make an appointment for a consultation as soon as possible. The periodontist will examine your mouth and provide you with an individual treatment plan if needed. It is extremely important not to miss the first warning signs of periodontal (gum) disease.

Gum inflammation (gingivitis) is the mildest form of periodontal disease when only the soft (gingival) tissues are damaged. Untreated gingivitis may develop into more complicated diseases. Fortunately, gingivitis is reversible and if you notice the first signs of gum inflammation and visit the periodontist in time, complications may be avoided and the inflammation will be successfully treated.

The main indication that you may have gingivitis is your bleeding gums. At first bleeding will be noticed only while brushing your teeth, later on your gums will start bleeding while eating, and when gingivitis advances, the gums may start bleeding without any particular reason. These symptoms are often accompanied by the soreness of the gums and bad breath.  In the beginning the gums just become reddish, later on they turn bright red or even purple.

The importance of patient-doctor cooperation

Since gum inflammation is a condition that usually develops because of the patient’s certain lifestyle and poor oral care, the outcome of the treatment of periodontal disease greatly depends on the patient’s commitment and determination to have a healthy mouth. The doctor can eliminate the cause of your gingivitis and show how to take care of your teeth and gums properly; however, only the patient himself is able to prevent a recurrence of the problem.

When gingivitis is not treated, it will advance to periodontitis (which means “inflammation around the tooth”). In periodontitis, gums pull away from the teeth and form spaces (called “pockets”) that become infected. If still not treated, not only the gums, but the alveolar bone and the periodontal ligament that support the teeth are destroyed. The teeth may eventually become loose and have to be removed.

There are a number of factors that may cause the development of periodontitis: poor oral care, genetic factors (relatives suffering from periodontal disease), medications taken, hormonal changes (e.g., pregnancy), various diseases (eating disorders, diabetes, etc). Periodontal disease may develop because of other problems in the oral cavity as well: crooked or misaligned teeth or a malocclusion.

The symptoms of periodontitis:

However, sometimes there may be no clear symptoms whatsoever.

The periodontist determines what treatment is needed. The success of the treatment depends on both the doctor and the patient as proper daily oral care at home is of key importance.

Gum recession is the process when the gums pull away from the teeth exposing the tooth roots. Patients usually complain about unsightly exposed tooth roots in the area of the front teeth and increased tooth sensitivity.

Recession causes are not always clear. Recession may develop because of the irregular bone plate structure, improper tooth brushing (e.g., using horizontal movements or  aggressive oral hygiene such as brushing with stiff bristles ), periodontal disease, the frenulum being attached too high, gingiva attachment loss , after the treatment of periodontitis (the teeth crowns become longer).

There are a number of surgical treatment methods to choose from, so a professional periodontist will help you select the most appropriate treatment for you taking into consideration the unique characteristics of your oral cavity.

Platelet-rich fibrin (PRF) has been known and used as a natural wound healing biomaterial and tissue regeneration enhancer in many clinical applications worldwide for a few decades. This method is widely applied in dentistry, especially in oral and maxillofacial surgery.

PRF is a natural concentrate without any artificial anticoagulants or other biochemical modifications. It is an autologous (prepared from the patient’s own blood) healing biomaterial, incorporating leukocytes (also called white blood cells), platelets and a dazzling array of growth factors — healing proteins that stimulate the growth of specific tissues.

What are the benefits of PRF?

When should PRF be considered?

PRF is recommended when the patient:

The prices indicated here are provisional. Only after an examination and consultation the doctor will be able to provide you with a precise treatment cost. 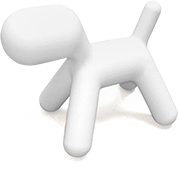 Saturday
9.00 am – 2.00 pm
(Appointments are available by special arrangement in advance)

We use cookies on our website to give you the most relevant experience by remembering your preferences and repeat visits. By clicking “Accept”, you consent to the use of ALL the cookies. However you may visit Cookie Settings to provide a controlled consent.
Necessary Always Enabled

Analytical cookies are used to understand how visitors interact with the website. These cookies help provide information on metrics the number of visitors, bounce rate, traffic source, etc.

Advertisement cookies are used to provide visitors with relevant ads and marketing campaigns. These cookies track visitors across websites and collect information to provide customized ads.

Other uncategorized cookies are those that are being analyzed and have not been classified into a category as yet.

Performance cookies are used to understand and analyze the key performance indexes of the website which helps in delivering a better user experience for the visitors.

Save & Accept
Send this to a friend